University of Georgia Institute of Oceanography

Several Garden Club members began a beautification project at the Skidaway Institute of Oceanography, an extension of the University of Georgia located on Skidaway Island. Their Director spoke at one of our monthly meetings on Rising Ocean Levels and at that meeting learned about some of our projects around Savannah.  He approached us to inquire whether we could work together to beautify their campus on the island.  After meeting with their staff we developed short and long term goals to beautify their campus taking into consideration the large deer population combined with the lack of maintenance and irrigation.  It was decided to start on a smaller scale, landscaping some of the “tombstone” style signage on campus to ensure plantings would thrive under the diverse conditions.  We developed a list of deer and drought resistant plants which were purchased by the Skidaway Institute.  The Garden Club members dug out two beds on their campus, amended the soil, and planted the deer and drought resistant selections.  They returned several times in the first few weeks to insure the plants were getting established and watered in by carrying water from nearby spigots.  The plantings have done well and future projects are being plannedbased on the same premise. 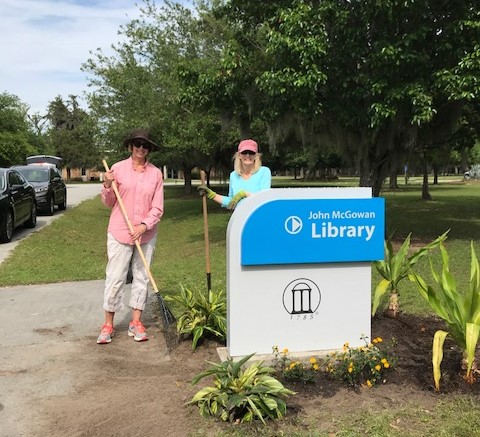 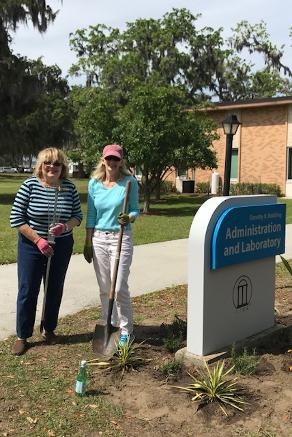